The bullying started for me when I was in elementary school. I was the new overtly different kid since I was the only Indian girl in my class. People didn’t sit next to me. They told me “I smelled gross”. They laughed at me and in front of me. Then, the struggle in middle school was to fit in while in that awkward phase of transitioning into my adolescent self. The self that hurt more because I understood more about myself and about life in general. This was the first time I was physically hurt by someone and then it happened again a few times in high school.

But you know what? It’s not the physical assaults that hurt. I survived those because those wounds healed with time but what I was left with were the real scars. I was left with the scars of negativity: negative views about myself, my life, and about who I was. When someone says hurtful things about you, the words imprint on your mind. The more you think about those things, you start internalizing that hateful speech.

Eventually, I pulled myself up and out of that cloud of negativity and found true friends who showed me that there is more to life. They taught me that it’s important to process those negative experiences and move on. Unfortunately, it doesn’t always end this way. There are many children who never find these friends. As a result, they experience varying forms of psychological issues such as depression and in some cases, they may even commit suicide. According to studies by Yale University, bully victims are between 2 to 9 times more likely to consider suicide than non-victims (http://www.bullyingstatistics.org). Let that sink in and keep reading to see what we can do as parents to prevent this from happening.

Awareness as a Parent

Having my own child, it scares me immensely because he could also be on the receiving end of bullying once he starts school. I pray to God that he isn’t but it is a very real possibility. I remember when I was bullied, I did not want to tell my parents because I was shocked, embarrassed, and confused. That’s why, as a parent, it is so important to be aware and pick up on signs that your child is being bullied. Here’s an article by stopbullying.gov that outlines some of the signs that a child is being bullied. As parents, the best thing we can do is learn these signs and watch for them!

Support the Cause – Anti-Bullying Efforts

Today, on World Day of Bullying Prevention, I stand with Lion Brand Yarn in their support for anti-bullying with their #HatNotHate campaign for the Stomp Out Bullying Campaign. When I heard about this initiative I knew I had to help! I made a few blue hats for donation and I also made some for my own little family. Here we are sporting our #hatnothate hats.

If you’d like to support this cause. You can go donate today and/or wear blue to show your support! But before you head over there, let me know what you are doing now to prevent bullying. 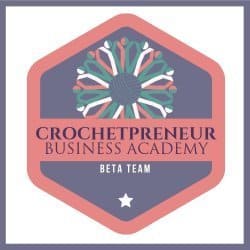 If you decide to join the Crochetpreneur Business Academy by clicking the badge above, I will receive a small commission at no extra cost to you! 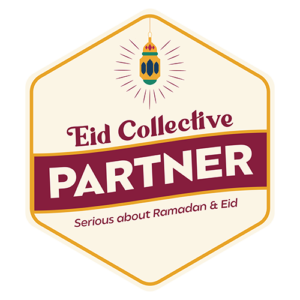